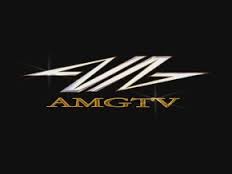 “TelVue is proud to be selected as AMGTV’s newest affiliate broadcaster and the first affiliate to launch a dedicated Internet-based Roku Over-the-Top (OTT) channel. AMGTV on Roku powered by TelVue is a key development allowing AMGTV to expand its audience beyond traditional Over-the-Air (OTA) broadcasting to anyone with a broadband Internet connection and a Roku player,” explains Paul Andrews, VP for Sales and Marketing at TelVue Corporation.