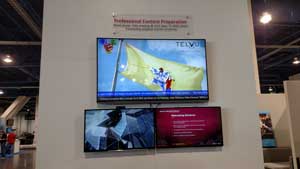 SES Americom recently announced a significant expansion of its Ultra HD trials to a combined audience of more than 10 million subscribers, as more Pay TV providers in the U.S. sign up for the SES 4K delivery trial program. SES is using the TelVue HyperCaster 4K model for its linear broadcasts.

“TelVue is proud to partner with SES in the experimental rollout of 4K video delivery in the U.S.,” says TelVue Senior VP Paul Andrews.

The SES trials come at a time of growing 4K adoption in American homes.