Closed captioning, and the huge leap forward in accessibility it brings with it, has been out of reach for many Community Media stations due to traditionally high costs. Caption services were at the very top of the Philadelphia Public Access Corporation’s (PhillyCAM) wish list for years. Advances in artificial intelligence and speech recognition technology have removed the cost barriers. When PhillyCAM wanted to add captioning quickly for their upcoming People Power Media Fest, they turned to TelVue’s SmartCaption™, the automatic captioning service from their long-time playout and streaming provider. Speed of deployment, ease of integration, and great support were keys to success for captioning live and on-demand programming for the PPM Fest.

For stations running a TelVue HyperCaster like PhillyCAM, SmartCaption is tightly integrated allowing for a variety of simple workflows: from checking a single box to caption literally every program including live events, to being able to select just specific live events, program series, individual shows, and uploading already-existing caption files.

Roland Boyden, Access Facilitator at PhillyCAM said “it was perfect timing for implementing SmartCaption, as this October marked the start of our People Powered Media Fest, a month-long celebration of community media that explores the theme of Community Media as Community Care. PhillyCAM producers were invited to highlight how sharing their stories and making radio and television “in community” contributes to care and connection. Much of this mix of workshops, screenings, panels and events was broadcast live to our channel, and we were able to caption it all as it went out! Over the course of the month, we captioned nearly one hundred hours of content, both live and pre-recorded, in English and Spanish, on our HD and SD channels, on cable and online.” 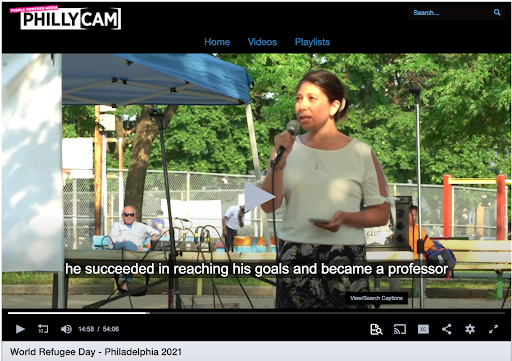 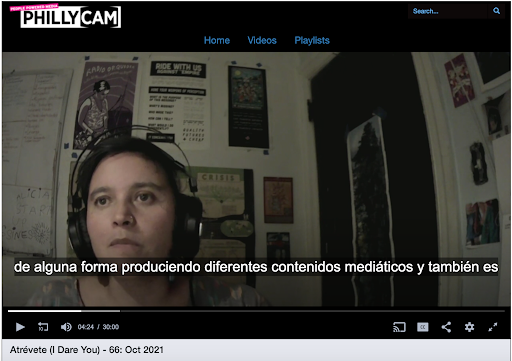 For access media centers around the country, being able to provide captioned programming affordably and easily not only provides inclusion and adds value to the content, it helps to fulfill the core mission of these organizations.

“We believe the media should reflect and represent our communities and everyone has the right to critically analyze and participate, which is why captioning is so important to making media accessible to all audiences,” said Debbie Rudman, PhillyCAM’s Director of Programming.

“PhillyCAM runs one of the most forward-thinking, and innovative Community Media stations, and has been using a TelVue HyperCaster to power their channels for over a decade. We were thrilled to work with PhillyCAM to make the People Power Media Fest more accessible to their community with SmartCaption” said Jesse Lerman, TelVue’s CEO. “We received great feedback from the PhillyCAM team on how easy SmartCaption was to use and how seamlessly it integrated within the HyperCaster. When we developed SmartCaption™, we specifically had stations like PhillyCAM in mind to make it easy and affordable to add live and offline captions for both broadcast and streaming. Captioning used to be prohibitively expensive and out of reach for most Community Media stations. TelVue SmartCaption is a game changer.”

TelVue’s SmartCaption™ is a complete Live & Offline, multi-language captioning solution for broadcasters to make their programming and channels accessible to the hard of hearing, multiple language speakers, and comply with government regulations. SmartCaption’s standards-based captioning is compatible with any broadcast and streaming platform. Powerful set-and-forget automation rules make captioning 100% automated.

SmartCaption supports captioning in 16 spoken languages, and optional translation to over 100 languages to meet the unique needs of each community. Viewers can select from available languages in the CloudCast Mobile & OTT apps. SmartCaption captions are also presented as fully searchable, timed transcripts within the CloudCast video player. Searching closed captioning makes it easy to find specific topics and areas of interest within any on-demand programming, including local meetings and events like People Power Media Fest, saving time compared to manual tagging and indexing. In addition to making content more accessible, caption search is another great reason for community media centers to caption programming providing greater discoverability and convenience to their communities and viewers.