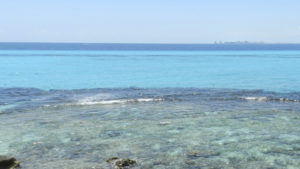 Oceans can be all too easy to overlook.  Literally.  How many of us, when admiring a coastal vista, have any idea what goes on under the gleaming surface of the sea? Yet there is an ecosystem underwater that is teeming with life, beauty, and unfathomable mystery.  And now there is a lens onto that world: Your Sanctuary TV. Local TV stations can re-broadcast this beautiful TV series, distributed for free by the National Marine Sanctuary Foundation (NMSF).

Your Sanctuary TV’s rapidly growing collection of broadcast-quality TV programming is a success story for productive collaboration between local access TV and community institutions.  It started like this: when Steve Ellzey was an executive producer at ampmedia.org, he visited the nearby Monterey Bay National Marine Sanctuary, and asked if they would like to collaborate on a series.  The first couple of programs were noticed by Dan Basta, Director of the Office of National Marine Sanctuaries, who immediately saw the potential for this kind of public outreach.  “Dan Basta’s vision was pivotal to the development of Your Sanctuary TV,” explains Ellzey.  “He saw that this was more than just a TV show.  It was a way to market the mission of marine sanctuaries to the public.” 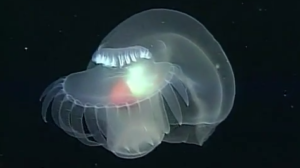 A previously unknown mollusk species, as seen in “The Seafloor HD” episode of Your Sanctuary TV series, available in the TelVue Connect Media Exchange.

The first programs were produced by the NMSF, AMPmedia, NOAA, and Your Sanctuary TV.  As word of the TV series spread in the marine sanctuary network, programming started coming in from other outposts like marine sanctuaries in the Florida Keys and Hawaii. Ellzey has become a curator as well as a producer, and at last count the Your Sanctuary collection had grown to 115 videos.  Some of these are organized as a series of roughly 25-minute magazine-style shows, hosted by Paul Michel, Superintendent of the Monterey Sanctuary.  An environmentalist by training, Michel honed his TV hosting skills (and overcame camera shyness) with some media training and now, Ellzey says, “Paul’s natural affability shines through.”

Ellzey has just started publicizing the availability of Your Sanctuary TV programming, and he is pleased with the results.  “Within a couple of weeks of the first email blast to hundreds of PEG stations around the country,” he reports, “the programs had been licensed a total of 410 times.”  Ellzey is currently working on a longer-term distribution strategy that would make innovative use of community and national resources to spread the word about preserving one of the most precious resources on earth – the oceans.

The Your Sanctuary TV broadcast-quality videos can be downloaded from the TelVue Connect Media Exchange, a source of free syndicated programming such as Democracy Now!, National Science Foundation educational videos, Ad Council PSAs, and many local and regional TV programs of a wide variety of styles and topics.  If you don’t already have a free Media Exchange account, ask us for one.