The TelVue InfoVue Digital Signage system has taken a major step forward, with the upgrade to version 2.0. Besides the sleeker interface, you’ll notice that InfoVue v2.0 includes a significant number of new features, such as template and ticker design previews right in the interface; video previews; and social media feed support. 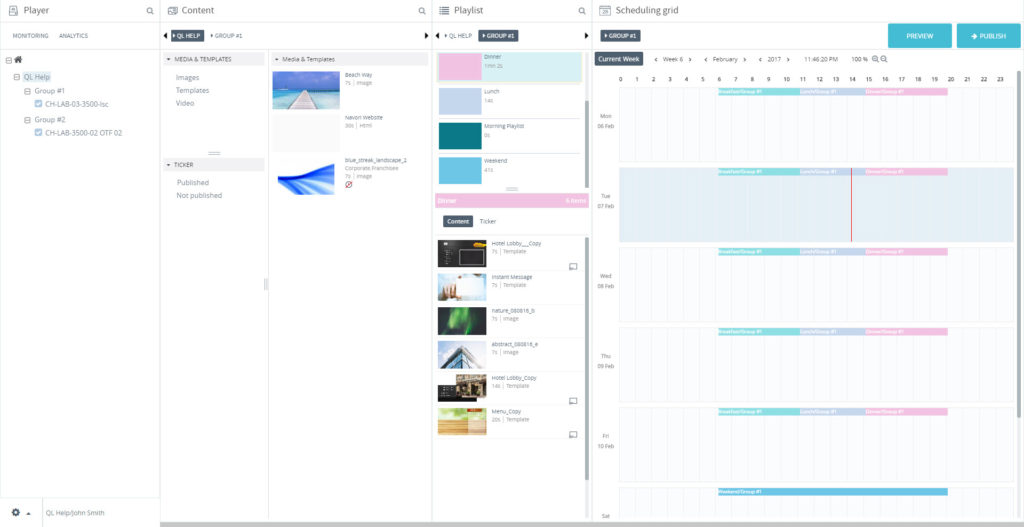 InfoVue v2.0 also eliminates the need for any browser plugin, making it accessible from any HTML5 compatible browser, on any OS. The new content management interface presents an easier-to-use dashboard with a more intuitive publishing workflow, as seen in this screencast:

For a more in-depth look at the new InfoVue, you’re welcome to sign up for any of the upcoming InfoVue v2.0 training webinars, which will be a step-by-step tutorial on how to build different kinds of data feeds, templates and playlists.