In December 2020, NOAA discontinued offering certain free National and Regional weather radar motion images that were useful for signage applications. We previously included some of these NOAA radar images in the central InfoVue Library, available for you to copy and paste for use in your own InfoVue account. You may have incorporated some of these images directly on your own as well. Unfortunately some of these NOAA images are no longer available. 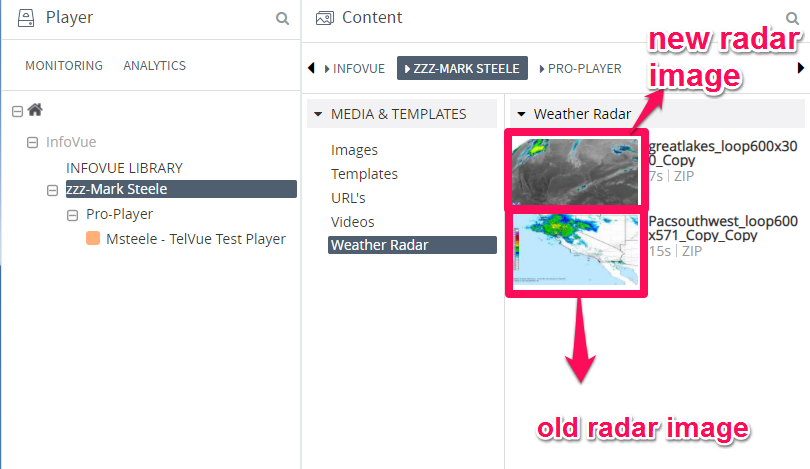 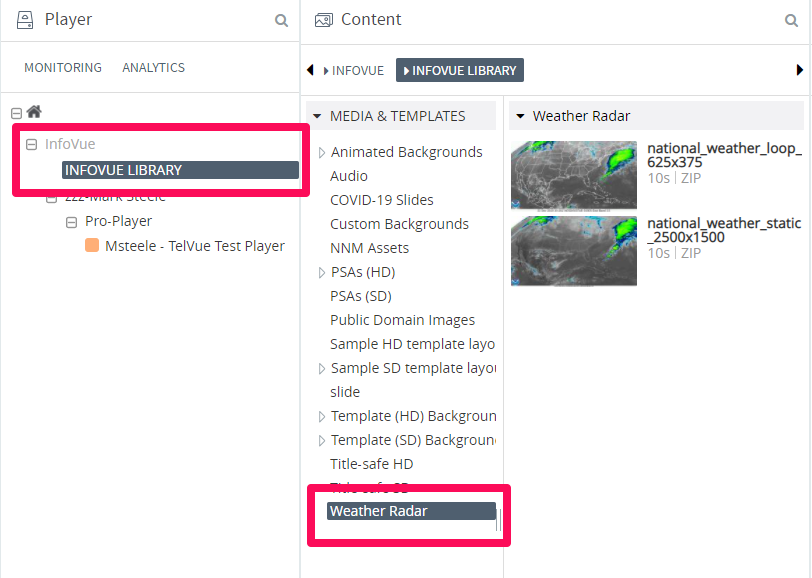 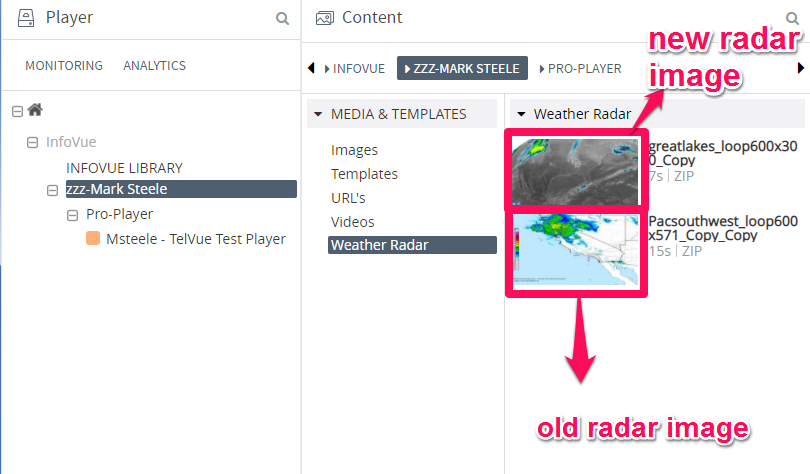 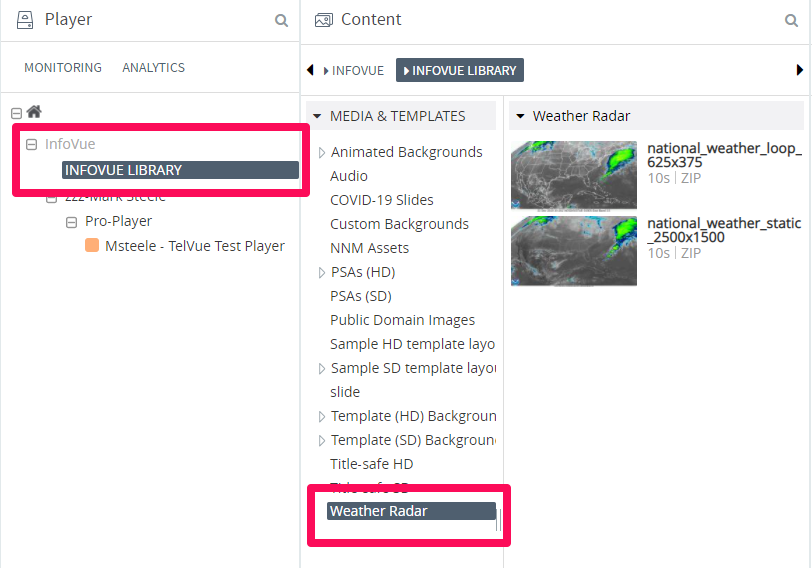 How do I change the time zone?InfoVue v2.0 Upgrade Features