The Overlay Rules feature allows you to fully automate graphic overlays for channel branding, program announcements, info tickers, sponsorship, and more. Overlay Rules take automation to the next level saving time vs. scheduling graphics individually or specifically. Overlay Rules allow selecting one or more overlay to trigger per rule, and support various trigger conditions, display frequency and duration, as well as conditions for channel, program, and time specific graphics. Overlay Rules make it easy to setup Channel Logos, Now Playing and Next Up Squeezebacks, Sponsorship announcements at the beginning, end, and throughout programming, Live vs. Pre-recorded graphics, News Tickers during specific or default programming and much more. Overlay Rules support priority levels that define which elements will show when multiple rules and scheduled graphics trigger at the same time.

Admins can manage Overlay Rules by clicking Config → Overlays → Rules, or by clicking the Rules link on the Overlays page left sidebar. 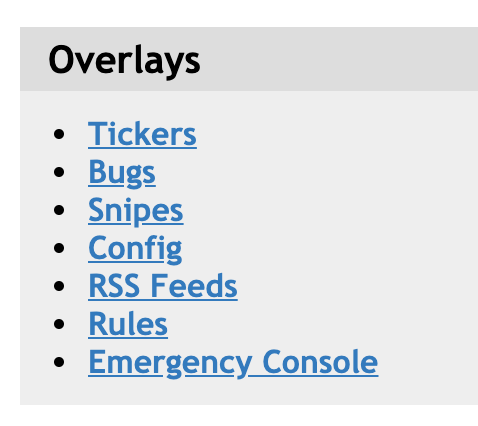 The Overlay Rules table shows the existing rules, with summary information. From this table, you can access several Overlay Rules actions:

The Trigger section defines when the rule is triggered and supports the following fields:

The Timing section allows defining the frequency and duration overlays display once a rule is triggered and supports the following fields:

Overlay Rules in As Run Reporting

Overlay Rules do not create visible overlay events so do not show on the scheduling views. Overlay events from Overlay Rules do create As Run records for reporting and affidavits. Because Overlay Rules can potentially create so many As Run entries, overlays from rules are hidden by default on As Run reports via the “No Overlay Rules” filter. You can change this behavior by selecting “All Over Rules” from the pulldown, or specific rules to just filter those, and clicking Search, 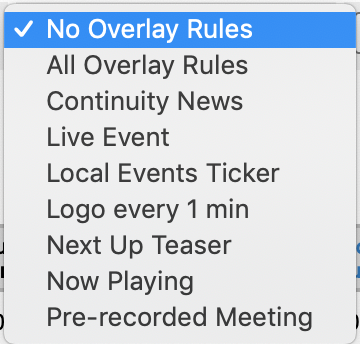 Show a squeezeback news ticker overlay called News Ticker whenever Continuity is running. For different news tickers on different channels, you can use Conditions and define a similar rule per channel:

Show a specific logo on a specific Channel every minute on the minute for 30 seconds, but don’t show the logo during Continuity: 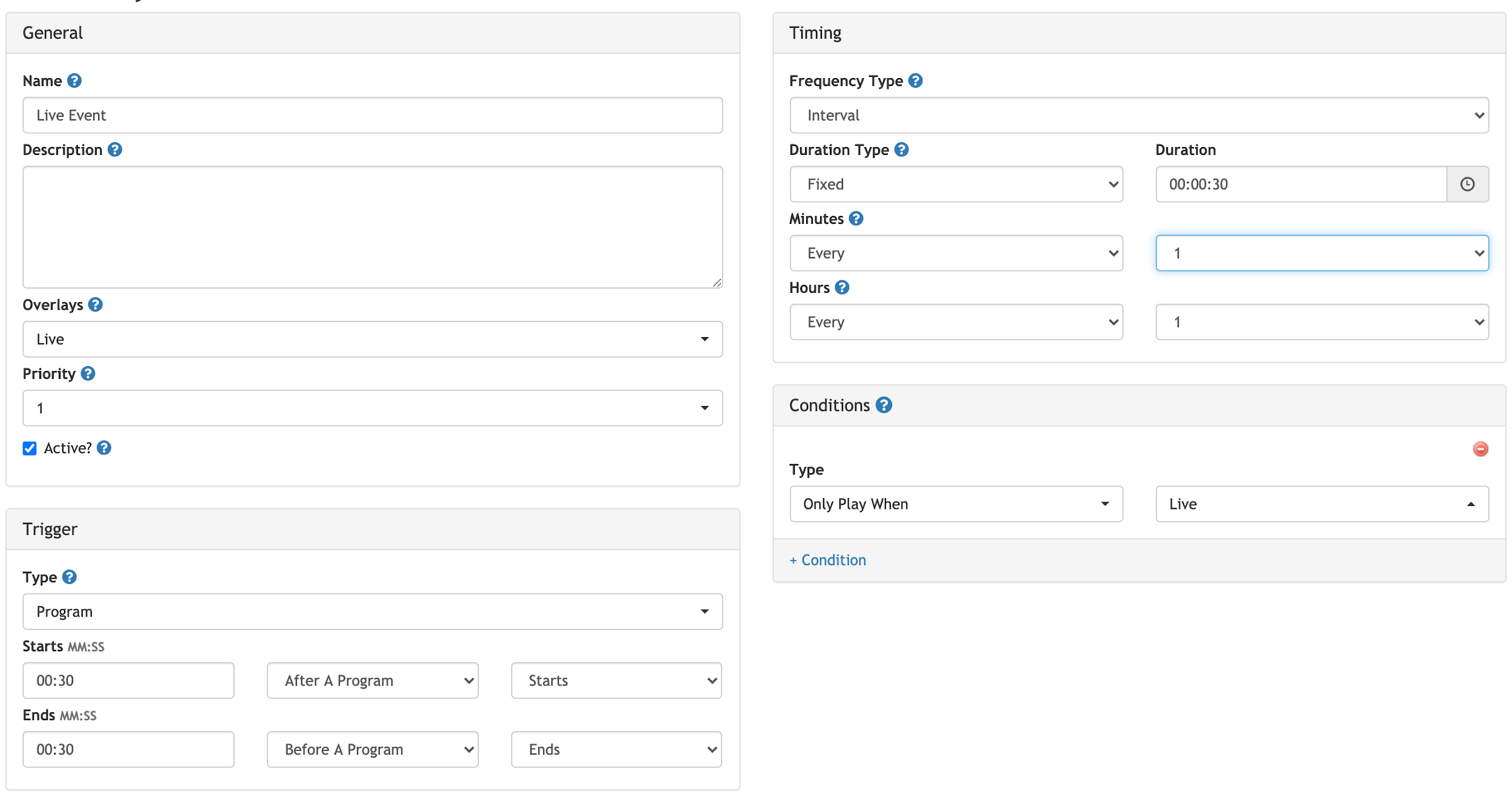 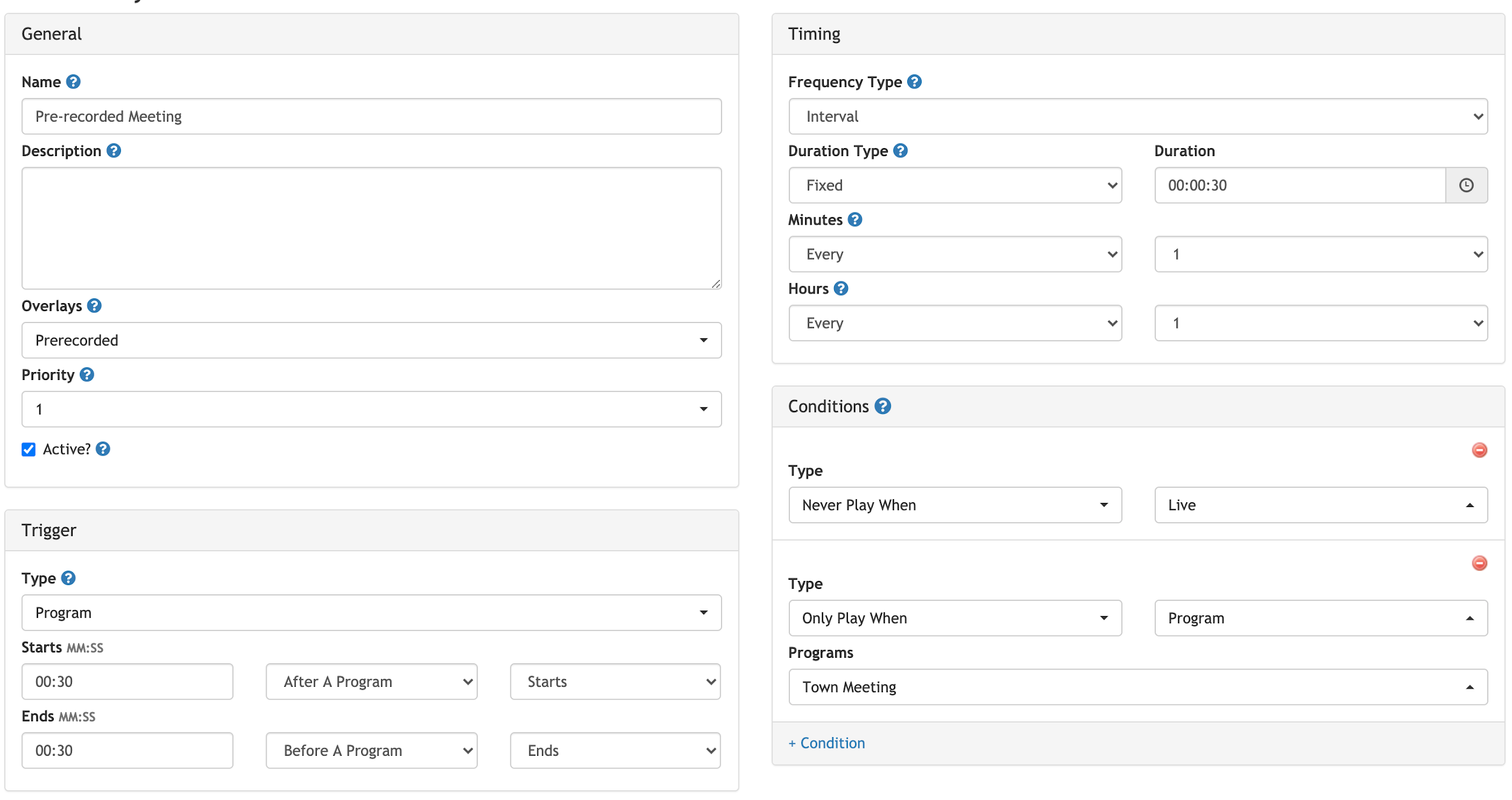 Show a Now Playing snipe starting 5 seconds into any sports programming in the Sports category for 30 seconds. Snipe current program variables can be used to automatically fill in metadata from the now playing program: 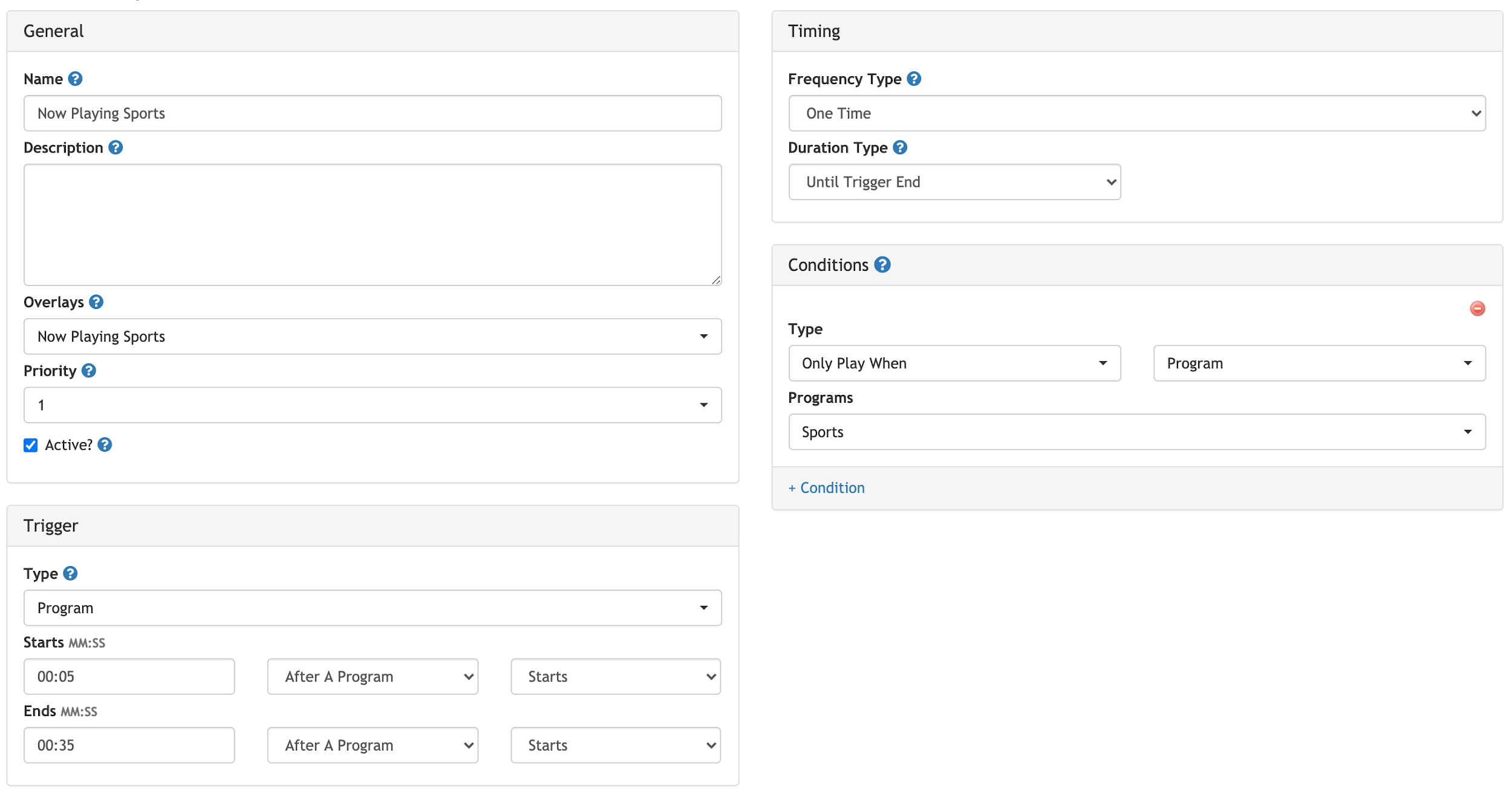 Show a Next Up teaser snipe every minute on the minute for 30 seconds starting 10 minutes before the end of a program and ending 5 seconds before the end of the program Snipe next program variables can be used to automatically fill in metadata from the next scheduled program: 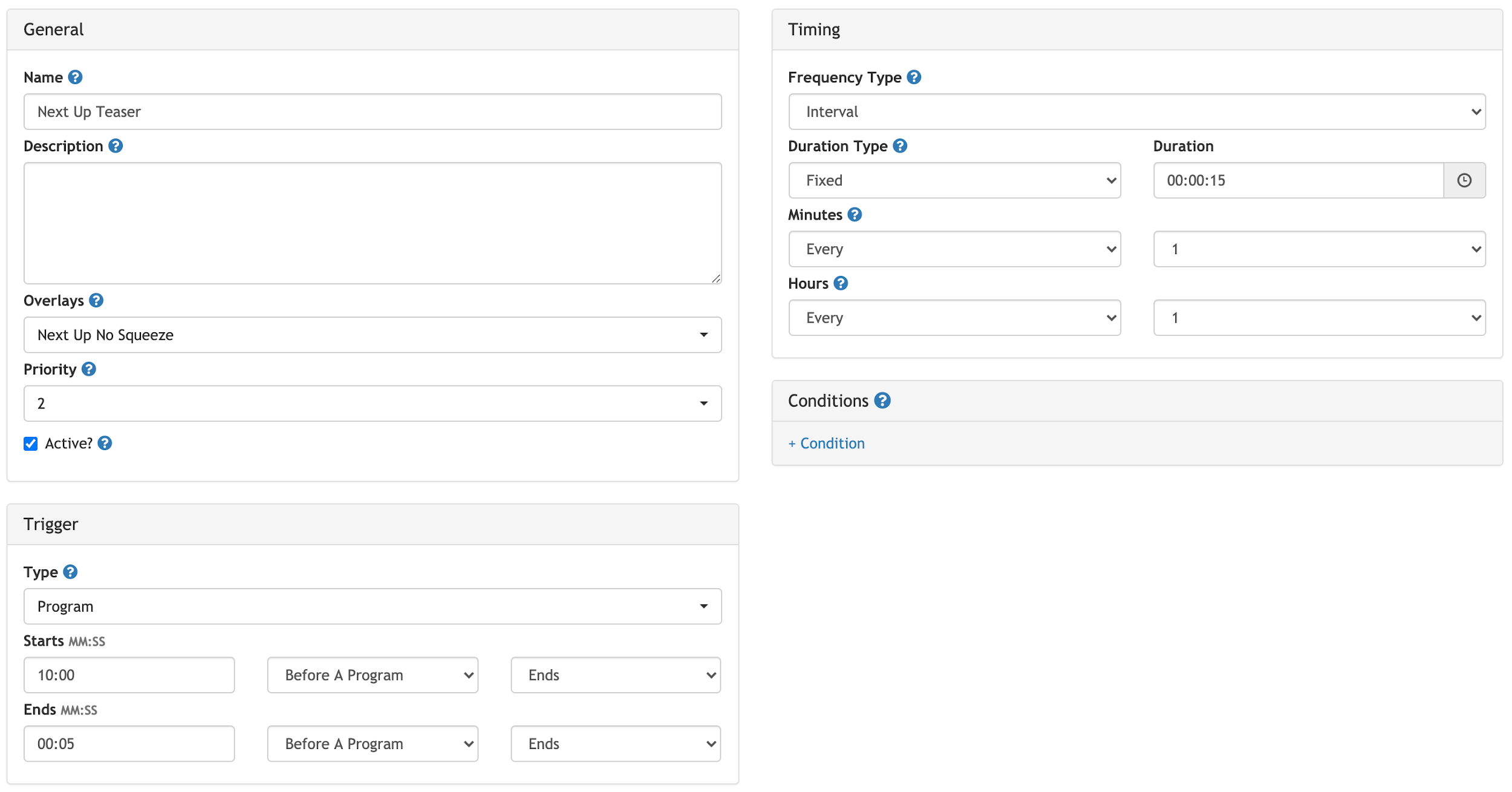