SmartCaption™ is an optional TelVue Connect feature that automatically generate timed Closed Caption files for videos: WebVTT for CloudCast VOD and OTT streaming, and 608/708 for broadcast. SmartCaption automatic captioning can be purchased in blocks of 100, 300, 500, 1000, 2000, 4000, 6000, and 9000 hours. Purchased SmartCaption hours can be used directly on HyperCasters linked to your Connect account for HyperCaster offline captioning and live captioning with SmartCaption™ LIVE channel licenses. Please contact sales@telvue.com for pricing.

Organization-wide defaults for automatic captioning can be set under Administration –> Organization Settings –> Captions, and are as follows:

The same Organization Default Caption Settings above can be applied on a per-user basis for user-specific caption workflows. For example, you may have a specific user that requires all related broadcast transcodes to have captioning for broadcast workflows, so the Embed captions in broadcast transcodes and Ensure Broadcast Transcoded Assets Have Embedded Captions options should be selected for that user. Or there may be a specific user for which you want all of their content automatically captioned, or a Custom Language Model that applies to content from a specific contributor.

The per-user settings can be configured under Administration –> Users –> Edit –> Captions. The settings match the default settings described above, and for each one you can choose to Defer to Organization Setting or pick a specific setting for the user.

For HyperCaster integration, the user caption settings for the User account linked to the HyperCaster can be used to automate captioning for files uploaded by the HyperCaster for CloudCast or MediaExchange workflows.

The optional integrated SmartCaption™ Caption Editor is the easiest way to quickly and professionally edit captions from within your TelVue Connect account. With the SmartCaption Caption Editor feature enabled, the media action menu for media with captions will include an Edit Captions option to edit the primary captions. 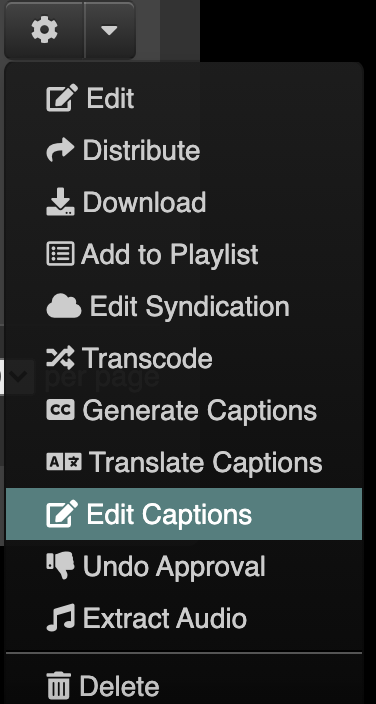 All caption tracks including primary and translated tracks can be edited directly from the Media Assets tab by clicking the edit icon.

The SmartCaption Caption Editor supports video preview and caption synchronization with frame stepping, scrubbing, scrolling, direct editing, search, find & replace, spell check, keyboard shortcuts, timing adjustments, and more. After editing, click the Publish button in the upper right to save your changes. The revised captions will replace the previous file, and will now play out in CloudCast and be available for Broadcast transcodes.

An open-source caption editing option is CADET, developed by the National Center for Accessible Media at WGBH. Download the CADET app to your computer and then open in a browser. To edit a caption file:

Translate the Captions to Additional Languages

Users can translate the primary captions to over 100 additional languages using the optional SmartCaption Translation service.

Admins can track the usage of their captioning hours at Administration → Reports → Caption Generation Usage Reports. 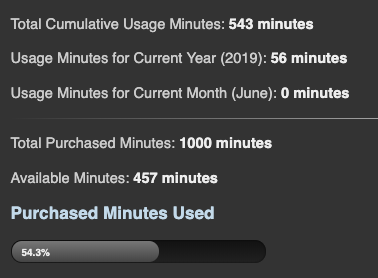 Admins can also receive automatic email notifications when the available SmartCaption minutes falls below a configurable threshold. The Threshold is set under Administration –> Organization Settings –> Captions:

The SmartCaption Automatic Captioning service can be purchased in blocks of captioning hours. Please contact sales@telvue.com for pricing.