TelVue Connect SmartCaption has an optional service to automatically translate a primary caption track in one language to one or more additional languages for CloudCast VOD streaming & OTT. This allows you to extend your programming’s accessibility to over 100 languages, such as languages common within your community.

The SmartCaption Caption Translation service supports over 100 languages. Admins can configure which of the languages are available to your users for translation. This allows limiting translation to only those languages important to your community. To configure available languages, go to Administration → Organization Settings → Captions. Select the desired languages and click Save. 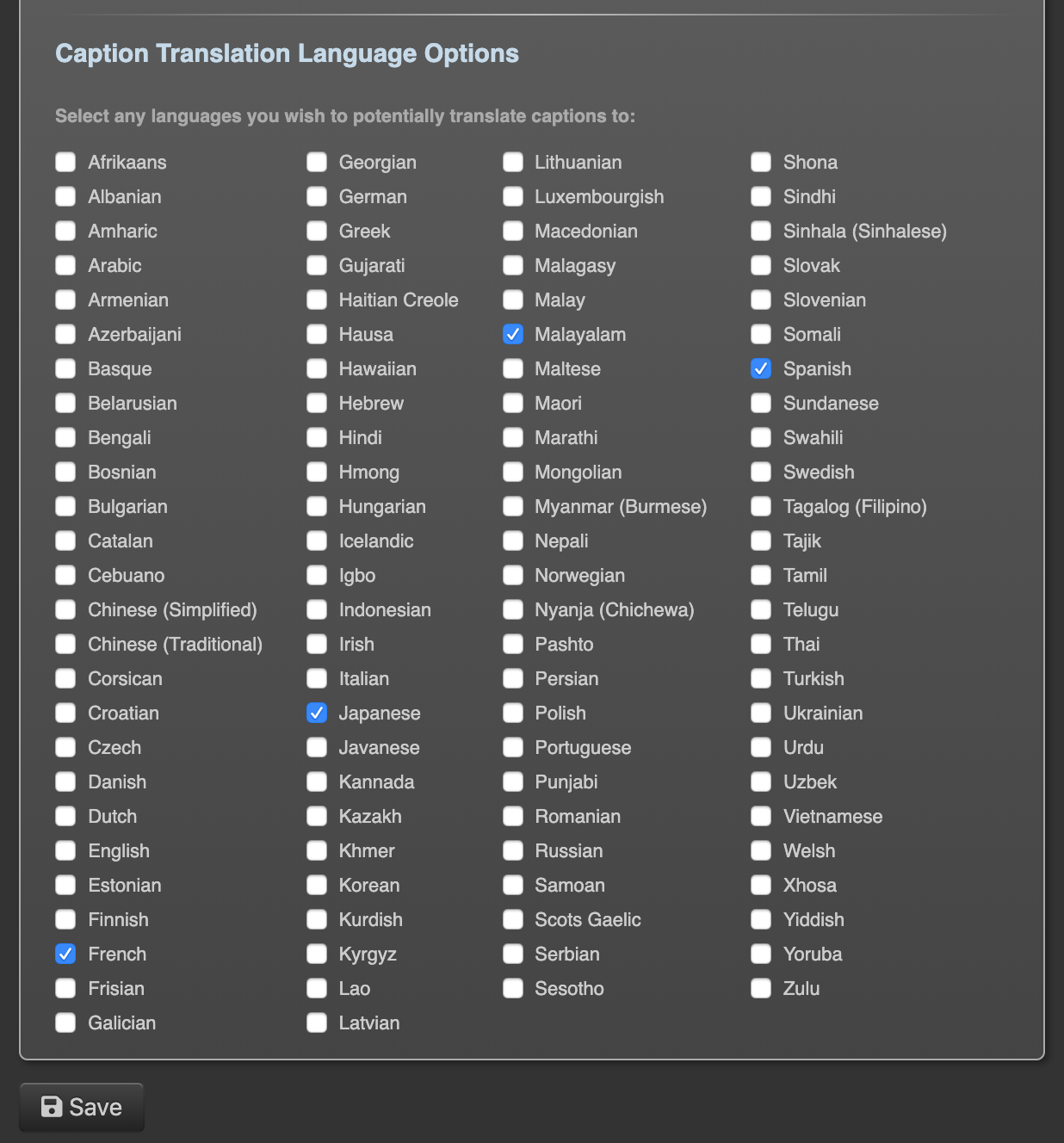 Per-user caption translation settings allow specifying whether generated and uploaded captioning should automatically translate to any of the available translation languages for content uploaded by specific users. The per-user settings can be configured under Administration –> Users –> Edit –> Captions. The settings match the organization-wide settings described above, and for each language you can choose to Defer to Organization Setting or pick a specific setting for the user.

To create translated captions for media, media must already have a primary source caption file that was either uploaded, or automatically generated by the SmartCaption Closed Caption Generation service. The source caption file can be in any of the support languages, to translate to other languages.

For individual media, you can create Caption Translations in two ways: 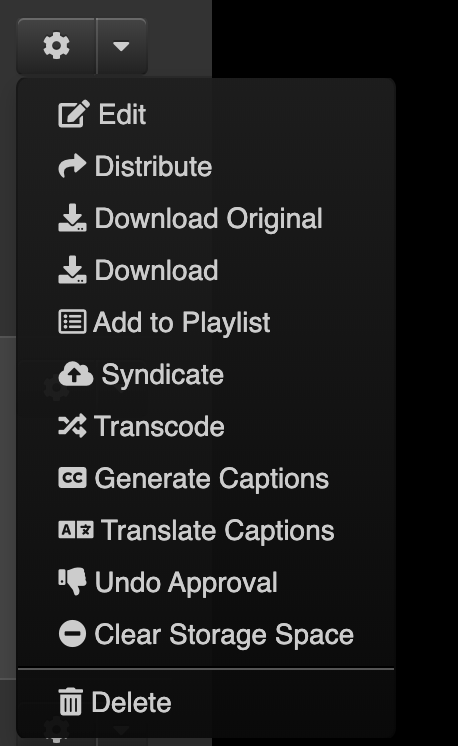 To create translated captions for multiple media, use the checkboxes to select on or more media, and then select the Bulk Translate Closed Captions menu item from the Media Bulk Actions: 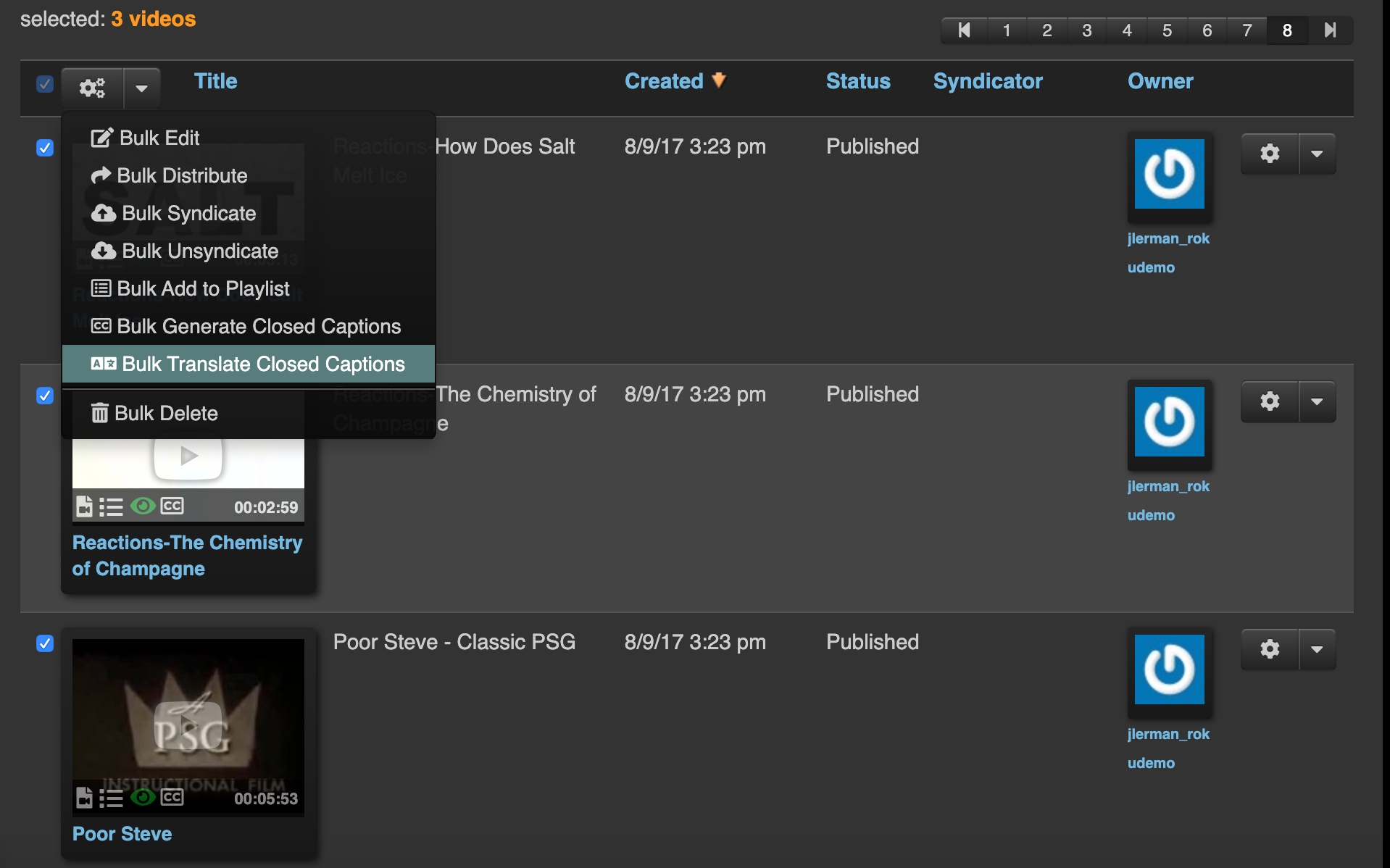 You will then be presented with a menu to select one or more languages made available for your organization by your Admin.

Click the Translate Captions button to proceed. The translation will run in the background, generally much faster than real-time. You can track progress of translations on the Activities Tab.

Once completed, the translated captions will be available for viewers to select in the CloudCast Video Player, and supported CloudCast OTT Apps. For CloudCast OTT, currently Fire TV supports all available languages, and Roku supports latin-based languages.

The CloudCast Video Player allows viewers to select from available languages via the Closed Caption CC button in the player control bar: 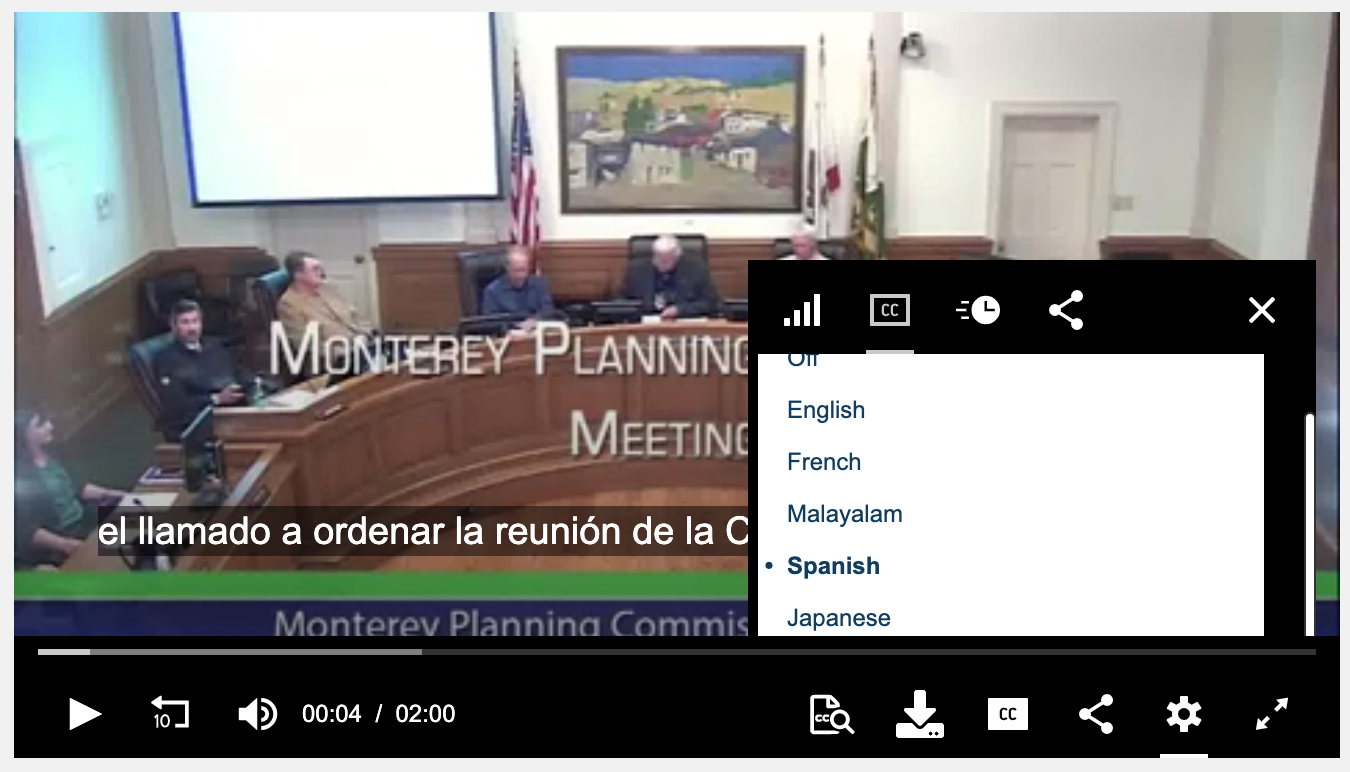 The CloudCast Fire TV app allows viewers to select from available languages via the world/multi-language icon in the player control bar: 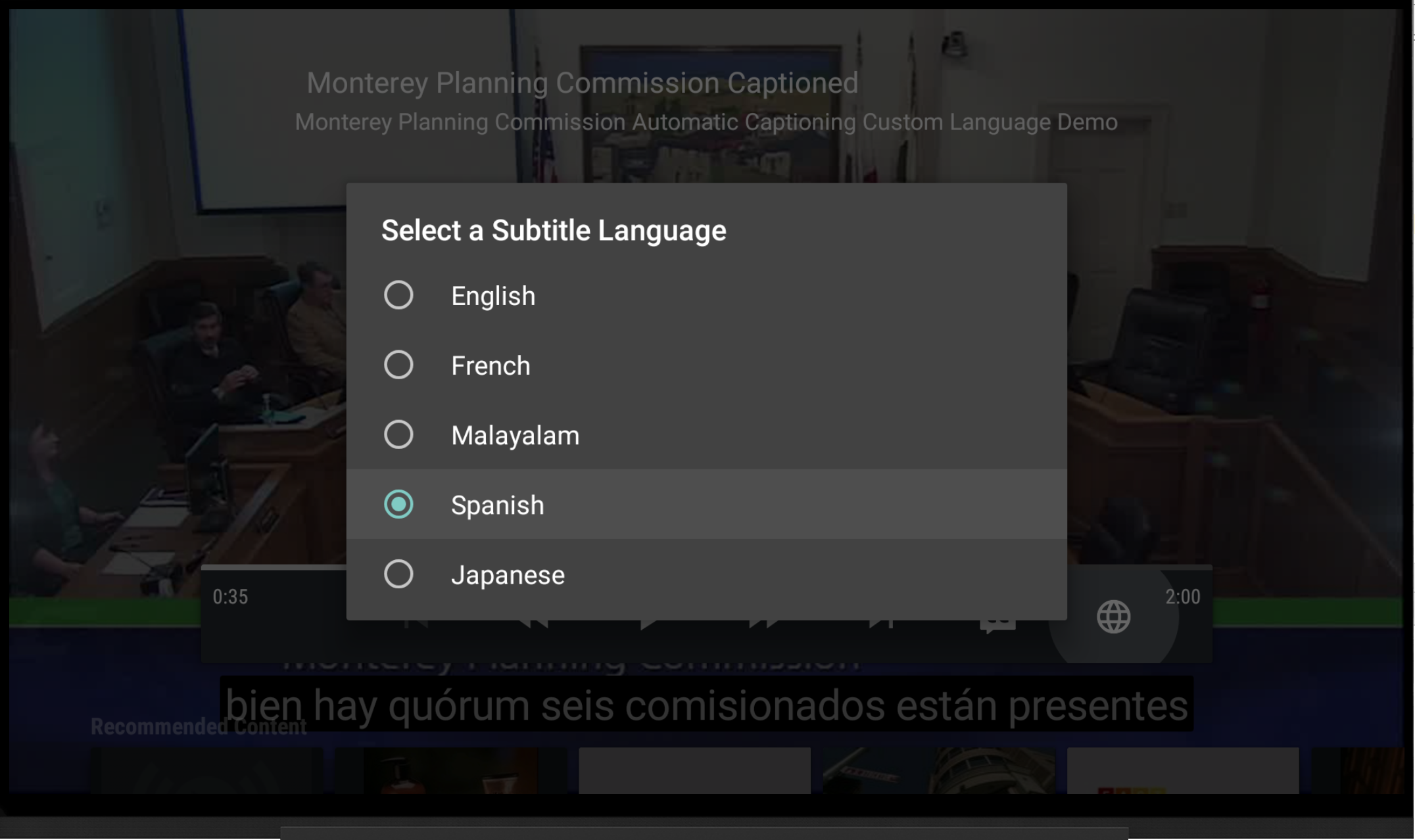 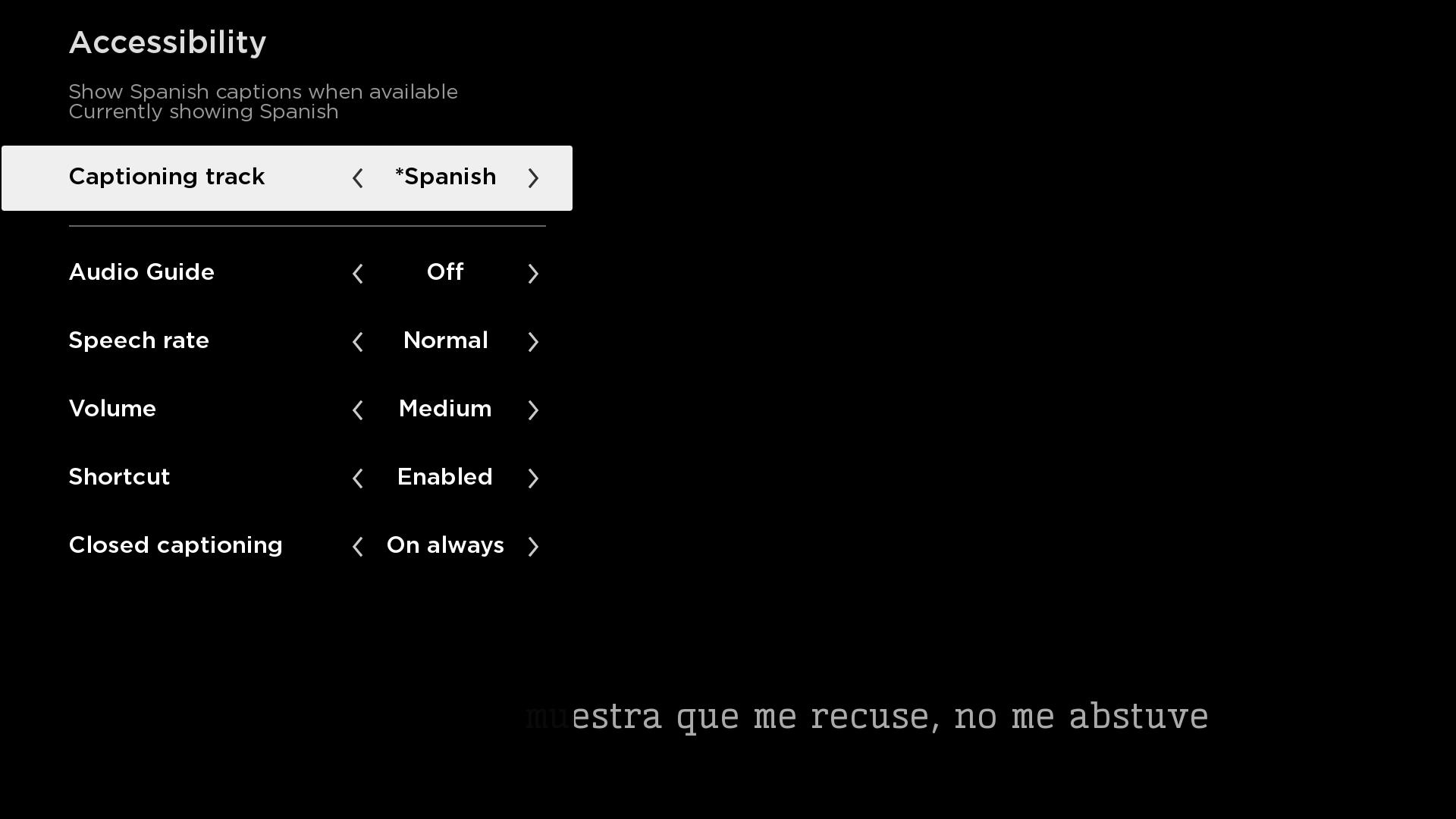 After captions have already been translated, if you upload a revised primary captions track, you will be prompted for which of the existing translations you want re-translated from the new primary track. The caption assets including translations will show the timestamp of last update in the media assets tab, so you can easily see if translations might be stale from re-upload or editing and should be regenerated from the latest primary track. Translated caption assets older than the primary will also show highlighted red. You can regenerate by clicking the translate caption button and selecting the desired languages.

Translated Closed Caption files are also available for download in WebVTT format via the Download button from the Media Assets Tab.

Admins can track the usage of their caption translation at Admin → Reports → Caption Translation Usage Reports. 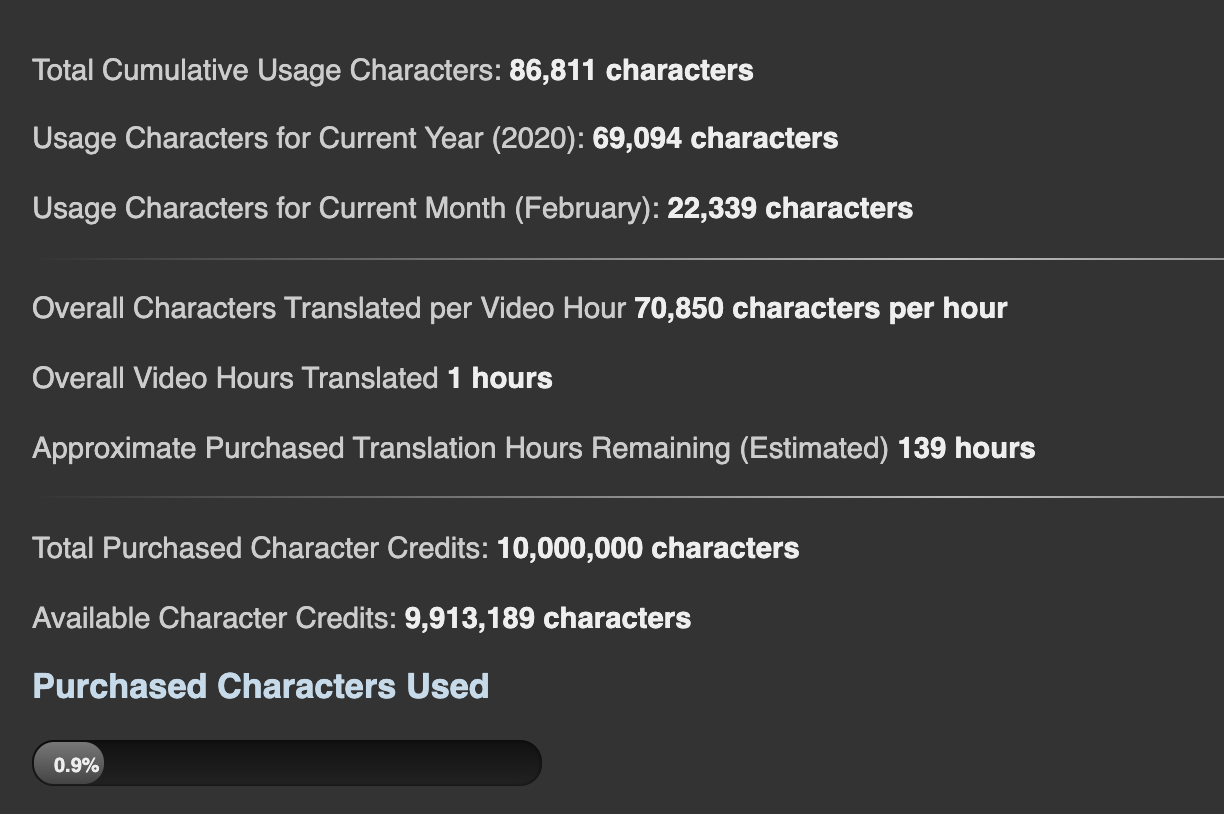 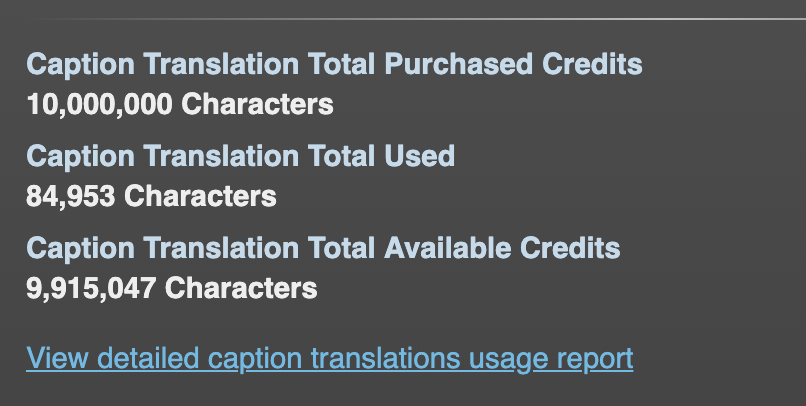